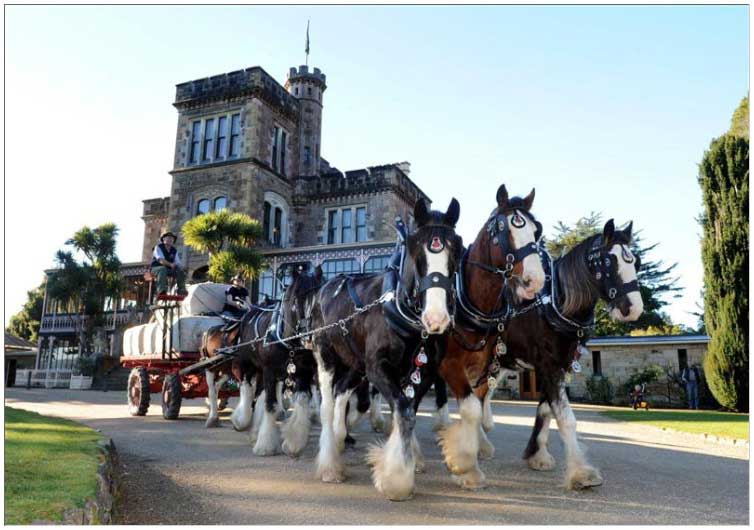 On the 1st June 1911, an advertisement in the Otago Daily Times invited breeders, and others interested in Clydesdale horses, to attend a meeting to be held in the offices of the Otago A&P (Agricultural and Pastoral) Society in Dunedin, Otago. Here it was resolved “That it was desirable to form a Clydesdale Horse Society for New Zealand ... the question to be further considered at Winter Show time in August.”

Letters were sent to all the leading A&P societies in the country and a formal meeting held in Dunedin on 2 August of the same year. This was attended by breeders from all over New Zealand and as a result the Clydesdale Horse Society of the Dominion of New Zealand (Incorporated) was formed, rules were formulated, and the first officers, forming a Society Council, were elected.

The Society’s first Stud Book was published in 1914 with a total of 2,052 entries, a number of animals being entered retrospectively to make the pedigree record as full as possible. This volume also contained the Rules of the organization as an Incorporated Society and, even more importantly, a comprehensive history on the breeding of Clydesdale horses in New Zealand to that date. This was published in two parts – for the South and North Islands respectively.

The early years of New Zealand’s Clydesdale Society coincided with a peak population of horses – including Clydesdales – in this country. After the First World War there was steady decline in numbers with the advent of motorized transport and traction.

The Second World War marked another period of decline, this time fairly rapid, and the Clydesdale in New Zealand assumed the status of a rare breed.

The Society, however, has been maintained since its inception, and the Stud Book has been continued throughout the years. Since the 1990s there has been a revival of Clydesdale breeding in New Zealand. Today, the horses are a great attraction at most of the large A&P shows, and field events are held throughout the country.